As reported by 9to5Mac, select users are starting to notice Spotify music streaming capability on their Apple Watches suggesting the company is finally bringing the highly requested feature.

Based on what Apple Watch users have shared on a Reddit thread, the feature does not seem to be directly related to running the Spotify beta or a specific watchOS version. 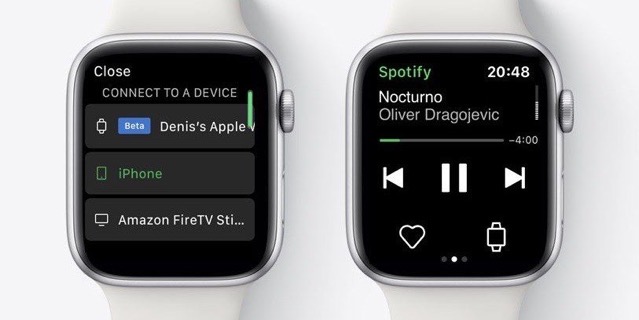 However, users who do have this feature enabled on their Apple Watches are seeing a blue beta icon indicating the feature isn’t rolling out to everyone at this time.

“Those seeing the option to stream Spotify from their wrist with Apple Watch also note the ability to use it directly with the wearable’s built-in speaker as an alternative to Bluetooth headphones.”

So far, there is no estimated date as to when Spotify will roll out streaming support to Apple Watch users in Canada and other regions.

Apple recently launched its iPhone 14 series of devices, introducing the new 'Plus' model to the fold. The 6.7-inch device joined the standard iPhone 14 as part of the entry-level offering. However, prior to its official reveal, the iPhone 14 Plus looks to have been called the 'iPhone 14 Max.' According to Dutch blog iCreate (via...
Steve Vegvari
8 mins ago