Spotify Kids has today received new parental control features aimed at providing parents with peace of mind by tailoring the app to their child’s needs. Starting today, parents can access their kids’ “Listening History” as well as block individual songs or audio stories from appearing in the Spotify Kids app. 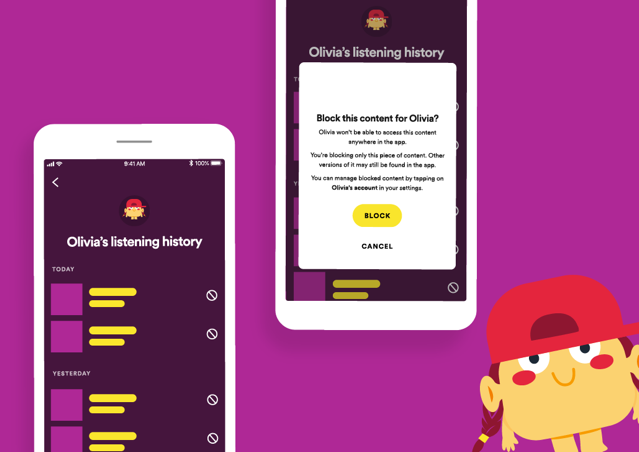 Spotify notes that currently, content can only be blocked if it appears in the kid’s Listening History. If there’s a track you would like to block, first play it on the child’s Spotify Kids account for a few seconds and then follow the steps below.