Tired of hearing music from musicians you despise? Well, Spotify looks to change that, as the company is currently testing a “Don’t play this artist” feature, which will let you block or mute a specific musician. 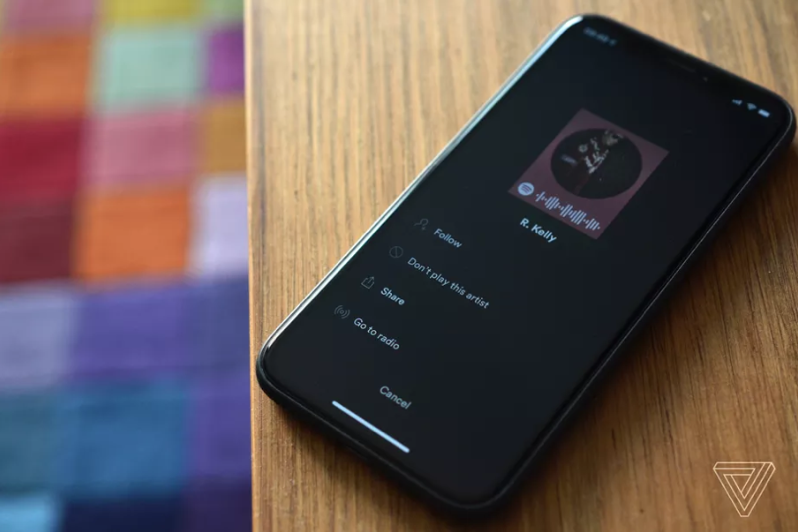 Image via Tom Warren, The Verge

The Verge reports they’ve been testing this feature with the Spotify iOS app, and a widespread release is pegged soon, as originally spotted by Thurrott:

Spotify is getting ready to enable a block feature in its apps to mute artists you don’t want to hear from. Spotify is currently testing the “don’t play this artist” feature in its latest iOS app, and The Verge has been able to test the new block functionality ahead of its release soon. The feature simply lets you block an entire artist from playing, so that songs from the artist will never play from a library, playlist, chart list, or even radio stations on Spotify.

There is one caveat, as the mute feature won’t work on songs an artist is featured on. Spotify mulled debuting this blocking feature back in 2017, but decided against it. In 2019, looks like they’ve changed their mind.

Why introduce this artist mute feature now? Streaming music services like Spotify are being pressured by customers to block music of artists who have exhibited bad behaviour and criminal acts, such as the sexual and violence allegations against R&B artist, R. Kelly. When this block feature launches, customers will be able to take mute features into their own hands.