According to a report by The Verge, world’s leading music streaming service Spotify is planning to send out an email to its iPhone customers, urging them not to subscribe for premium each month using the App Store’s in-app purchase system and instead subscribe directly through Spotify’s website. 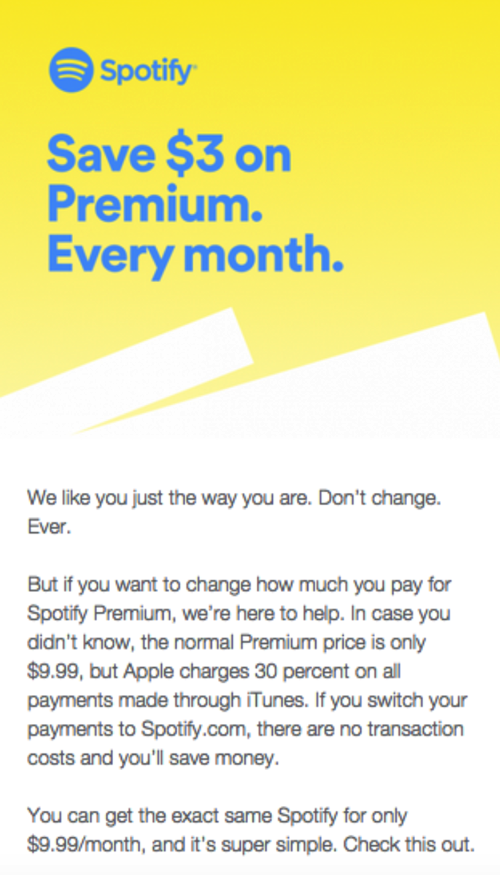 The company is basically trying to raise awareness among iOS users that they can save $3 per month by subscribing for Spotify premium on the web instead of the App Store.

“In case you didn’t know, the normal Premium price is only $9.99, but Apple charges 30 percent on all payments made through iTunes,” the email blast reads. “You can get the exact same Spotify for only $9.99/month, and it’s super simple.”

The message is followed with a step-by-step tutorial that explains how to shut off auto-renew through iTunes (so Apple won’t keep charging you the higher $12.99-per-month rate) and transfer your account to the web — something that can only be done once your current subscription lapses.

Spotify adds that if you can’t do this immediately, you need to wait till your current plan ends and then transfer your account to the web. Recently, Apple has been criticised by other rival music services as well for the 30% cut it takes from in-app subscriptions, with complaints growing louder with the launch of Cupertino company’s own Apple Music service. 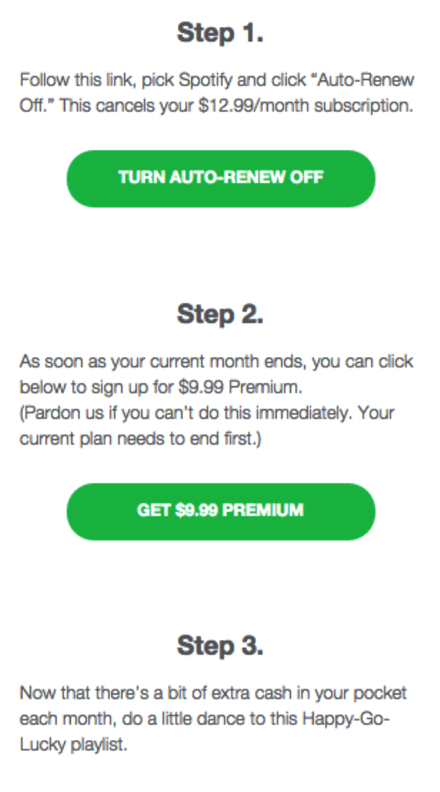