With a report Sprint would join the foray to carry the next iPhone, a new internal memo has been leaked noting employees of blackout dates from September 30th to October 15th, according to SprintFeed.

“Due to the possibility of a major phone launch in October we are blacking out September 30th through October 15.” 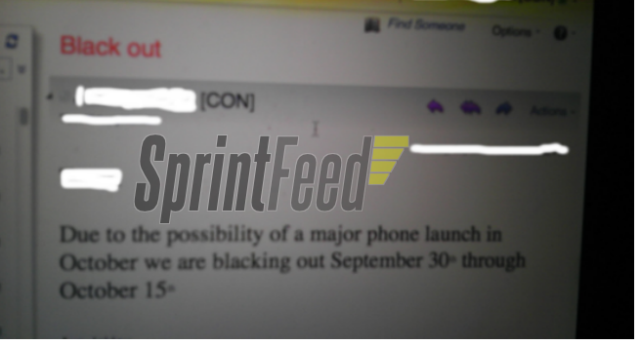 Rumours have reported the iPhone 5 would launch in October, including from Telus. Foxconn is already reportedly manufacturing up to 150K iPhone 5 units per day. With the Samsung Galaxy S II launching next week, that eliminates that device. The only one we want to hear about is the iPhone 5.

Any shred of mystery Google was saving for its Pixel 7 series launch event on Thursday, October 6, likely dissipated when a detailed and legit-looking spec sheet for the two phones leaked online over the weekend (via 9to5Google). Apparently, a mobile carrier in Taiwan prematurely shared the spec sheet for Google's Pixel 7 and Pixel...
Nehal Malik
29 mins ago