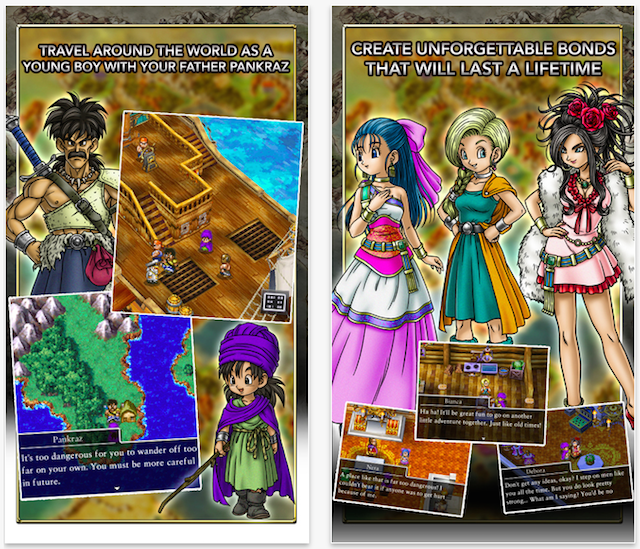 The original title was released back in 1992 and follows an adventure story filled with triumphs and tragedies unfolding over roughly 30 years of the main hero’s life. The iOS version of the game features intuitive controls, 360-degree views, AI battles, the series staple casino, the slime-smashing mini-game Bruise the Oooze, and chat with fellow party members. In addition, the iOS port of the game also features the original’s pioneering monster-collecting concept.

“Our hero begins the story as a small boy, travelling the world with his father, Pankraz.Over the course of his many adventures, this lovable lad learns and grows.And when he finally becomes a man, he resolves to continue his father’s unfinished quest—to find the Legendary Hero…This thrilling tale on a stunning scale can now be enjoyed on pocket-sized devices!

Experience the legendary RPG loved by millions in Japan and worldwide! Created by a legendary trio with the master creator Yuji Horii, the revolutionary synthesizer score and orchestration by Koichi Sugiyama, and art by master manga artist Akira Toriyama (Dragon Ball)”.

There are no in-app purchases in the game. You can grab the full version at the following App Store link: