Back in April, when Samsung sent out the very first review units of its CAD $2,600 Galaxy Fold smartphone, most of them were reported broken with pieces of debris distorting the screen only after one day of use. As a result, the company cancelled the launch events it had planned for the device across the globe. 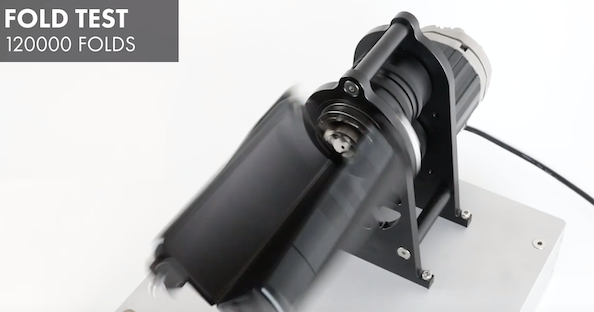 Later in July, Samsung announced that it will finally release the Galaxy Fold in September with design fixes and to verify those claims, the folks over at SquareTrade have put it through an “amended Breakability Score test” where they conducted a drop test as well as their first-ever foldability experiment with the new ‘FoldBot.’

It appears the major folding design flaws of the original Galaxy Fold have finally been resolved. Here’s what the test found:

“FoldBot found that the major folding design flaws of the original Galaxy Fold have been resolved, though the device did suffer from some minor wear during testing. After 120,000 folds, which is about 3 years of use, according to Samsung, Galaxy Fold made it through the FoldBot test with only a stuck pixel and limited hinge deterioration. Not bad, considering the first Fold device, that was supposed to launch earlier this year, cracked almost instantly when used by reviewers.”

Check the video below and let us know what you think.