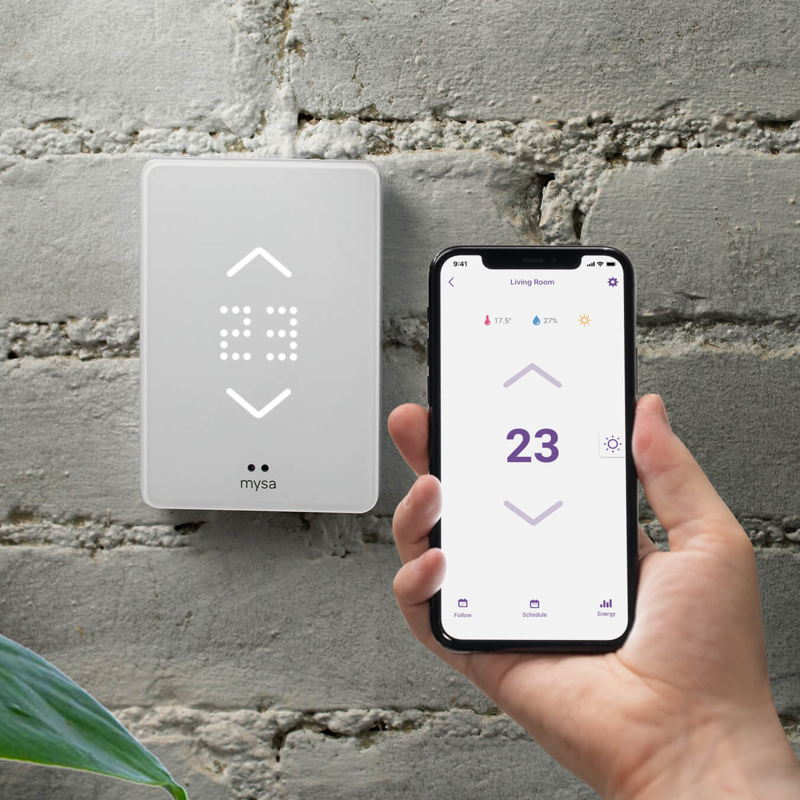 The Mysa smart thermostat V2 now comes with a 40% smaller footprint, adds NFC pairing to join Wi-Fi, plus gains audible touch feedback and adaptive display technology, to automatically adjust its brightness based on the ambient light in the home. The smaller design is also available for its smart thermostats for in-floor heating and air conditioners.

We’ve tested and installed the first-gen Mysa smart thermostat before, to test with baseboard heaters. The Apple HomeKit integration and set up was very straightforward. It’s a great way to keep track of and control heating for locations you’re away from, such as your cottage or rental. We do have to agree the thermostat is on the large side, so the V2 at 40% smaller is a nice update.

Last year, Mysa raised $6.2 million in new funding to expand its smart thermostats, with sales at around the 100,000 mark as of last July, the company told CBC News.

The Mysa smart thermostat for electric baseboard heaters V2 costs $149 CAD, while the previous generation thermostat is available a bit cheaper at $139 on Amazon.ca.