A Stanford study is connecting measured changes in one’s heart rate to the early detection of illness, including possibly the coronavirus. 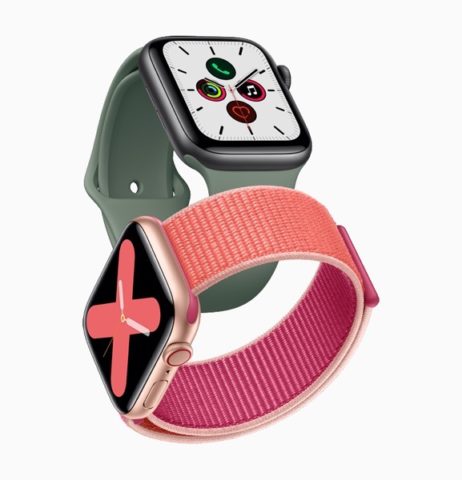 A new report from Gizmodo explains that the Stanford Healthcare Innovation Lab recently launched the COVID-19 wearables study aimed at determining whether smartwatches can predict the onset of an infectious disease like COVID-19 before actual symptoms are noticeable.

“We are trying to establish if data collected from wearable devices can be used to predict the onset of an infectious disease such as COVID-19 before the actual symptoms start,” reads the study’s overview. “We will collect data such as heart rate, skin temperature, blood oxygen saturation, etc.”

All of the information used in the study is being derived from a number of wearables, each of which takes 250,000 measurements per day that can then be used to determine the level of health the wearer is experiencing. Michael Snyder, Ph.D., professor and chair of genetics at the Stanford School of Medicine, has partnered with Fitbit, which has approximately 30 million users; but the study also will involve other smartwatches, including Apple-made devices worn by tens of millions of users.

This stems from a previous study conducted by Snyder, which showed how specific patterns of heart rate variation can indicate illness, sometimes even while the individual is asymptomatic. Because of evidence that suggests many people were contagious before they presented symptoms, having this information early on could be extremely valuable in slowing and stopping the spread of infectious diseases.

“Your smartphone is going to be your most important health device in the future because it’s going to be collecting all this data,” said Snyder. “We have a dashboard that collects all the information and will relay these warnings back to people. We intend to make that all open source, meaning it will be available to everyone.”

Snyder hopes to include hundreds of people in the study, which he hopes will include subjects of varying ages, sexes and ethnic groups, allowing for a broad study of information. But as the pandemic continues and as the number of both confirmed cases and coronavirus deaths continue to mount, Snyder hopes his lab’s work will provide valuable information in the fight against the spread of the virus.

“The power (of the study) is that it is measuring people continuously,” Snyder said. “Health care workers are getting tested every day. This is going to be measuring you every minute. So it’s very powerful. This won’t take away from the testing — it’s going to augment the testing. It’s going to help people.”