Staples Canada has just launched its first new concept store in Kirkland, Quebec, with a second concept store scheduled to open next month in downtown Toronto, Ontario which will also offer a co-working space called Staples Studio. The stores are aimed at providing Canadians with new experiences and solutions, and help them learn and grow. 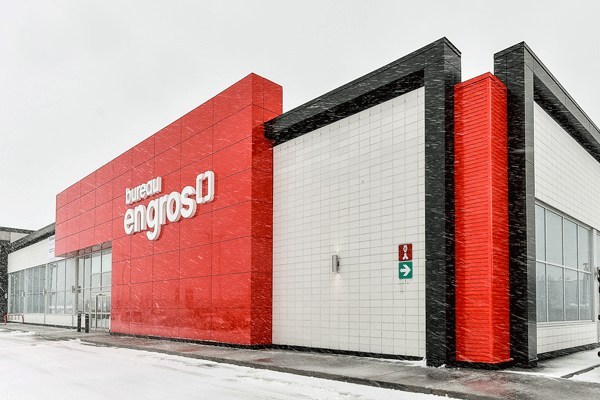 According to the press release, the first two new concept stores in Kirkland and Toronto demonstrate “a completely new retail experience”.

The stores are modern with clear sightlines, while vignettes and feature tables showcase product solutions for different types of work environments. Customers are encouraged to interact with discovery areas to test and learn about new products and solutions.

“The way people work and live is changing in profound ways and Staples Canada is adapting to help our customers work, learn and grow,” said David Boone, CEO, Staples Canada. “We spoke to thousands of entrepreneurs, teachers, students, and parents to gain insights on what we could do to better suit their needs, and we’re delivering a solution unique to Canada. Every decision we make is driven by thinking differently about the needs of our customers.”

The company is also relaunching and taking its services business to the next level as the Solution Shop, which will provide the support along with new, relevant categories, such as digital marketing services.

While releasing the first trailer for the Antoine Fuqua-directed historical drama, Apple has today announced that Will Smith’s next film ‘Emancipation' will premiere in theaters on Dec. 2 and will stream on Apple TV+ starting Dec. 9. According to Variety, Apple’s decision to delay the film to 2023 after Smith became embroiled in controversy for slapping...
Usman Qureshi
7 mins ago

Even though Sony's first VR headset took 8 months to sell a million units, the company is betting big on its next-generation PlayStation VR2 headset with an increased production plan, according to Bloomberg. Citing people familiar with the matter, the publication notes that Sony is planning to make 2 million units of the PlayStation VR2...
Usman Qureshi
26 mins ago