Staples has launched a promotion today for those looking to buy an iPhone 8 or iPhone 8 Plus, offering a free $200 gift card with purchase. 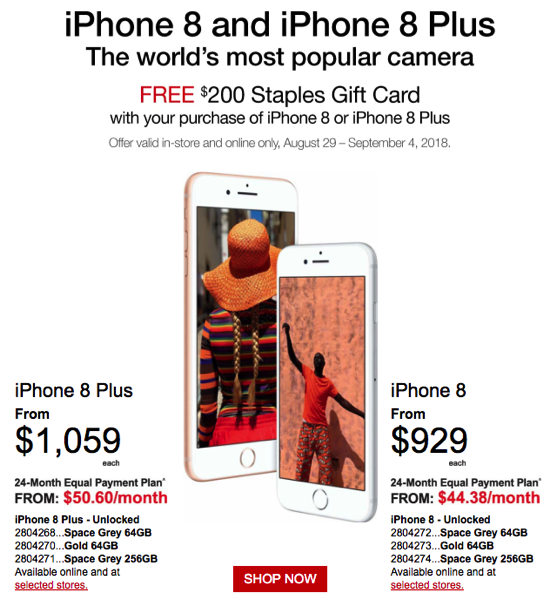 The iPhone 8 starts at $929 outright and the iPhone 8 Plus at $1,059 outright. Both phones are available from Staples on their 24-month Equal Payment Plan, starting at $44.38 and $50.60 per month respectively for entry models.

Apple is expected to announce a trio of new iPhone models next month, possibly on September 12, so now is probably not the best time to jump on an iPhone just yet, as prices for older models will eventually drop.