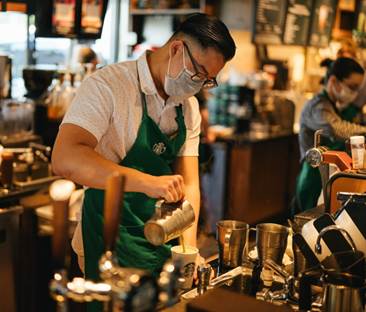 Starbucks Canada has announced it will soon require facial coverings at all of its company-owned locations, starting on September 14, 2020.

According to a Starbucks Canada spokesperson told iPhone in Canada in a statement the company is “committed to playing a constructive role in supporting health and government officials as they work to mitigate the spread of COVID-19.”

The company says at locations where local government mandates are not in place, customers without face masks can place orders through drive-thrus, curbside pickup and also delivery from partners.

“All decisions are grounded in partner and customer care and safety, based on facts and science, and communicated with transparency,” added the spokesperson.

The Starbucks mobile app allows customers to place mobile orders for pickup through the drive-thru window, in-stores and curbside pickup.