Starbucks has released data on what its expects on gift card sales this year on Christmas Eve, in both Canada and the U.S. The coffee chain noted last year, customers purchased close to 2.5 million Starbucks Cards on December 24, representing a rate of nearly 1,700 sold per minute. 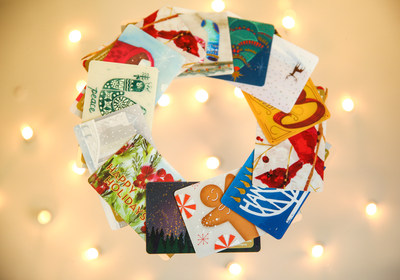 Starbucks Card payments today represent over 33% of all transactions in Canada and the U.S. The Starbucks iPhone app makes it easy to pay with Starbucks Cards in-stores, as it seamlessly integrates with the iOS Wallet app and Apple Watch. The app also supports easy card reloads via credit cards and Apple Pay, while stores also accept the latter as well.

Just last week, Starbucks revealed three Toronto locations set to sell beer and wine as part of the company’s new Evening Menu, expected to debut before the end of the year.