Last month Starbucks for iPhone was quietly updated to bring Apple Pay support as a reload option (that actually worked), while also adding 3D Touch for iPhone 6s and iPhone 6s Plus users.

Apple Pay is now available in Canada! (Where available)

3D Touch brings shortcuts to pay, reload your card, mobile orders (where available) and a search for nearby stores. 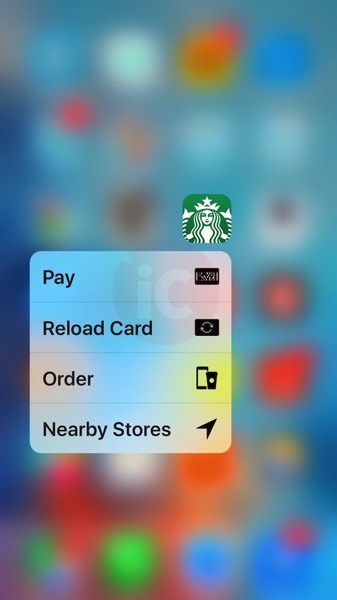