It’s Tuesday, and once again we have a new ‘Pick of the Week’ from Starbucks. This time around it’s a free movie rental, Force of Nature: The David Suzuki Movie. Previous weeks have alternated between apps and music, and this is the first time we’ve seen a free movie rental. 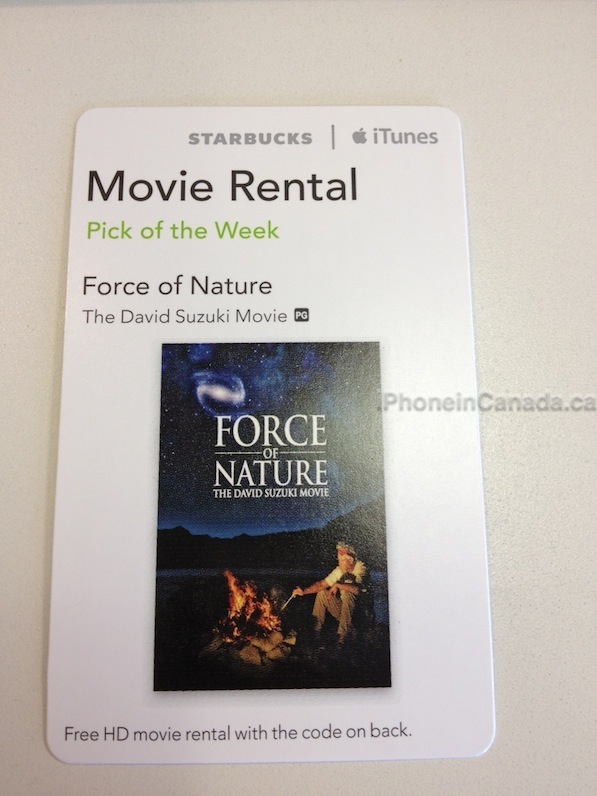 Force of Nature was released in 2011, has a Rotten Tomatoes rating of 86% and currently is a $14.99 purchase ($5.99HD/$4.99 rental) in iTunes. It profiles what the iconic Vancouver-based David Suzuki wants to tell the world:

David Suzuki, iconic Canadian scientist, educator, broadcaster and activist delivers a last lecture — what he describes as a distillation of my life and thoughts, my legacy, what I want to say before I die. Filmed before a live audience, in front of a memory box of moving, distilled images, he articulates a core, urgent message: we have exhausted the limits of the biosphere and it is imperative that we re-think our relationship with the natural world. Suzuki looks unflinchingly at the strains on our interconnected web of life and out of our dire present circumstances, he offers up a blueprint for sustainability and survival. The film interweaves the lecture with scenes from the places and events in Suzuki’s life. As such, the film is a biography of ideas forged by the major social, scientific, cultural and political events of the past 70 years.

Thanks Opus for the email!

Update 1: New picture added below thanks to @YVRBCbro 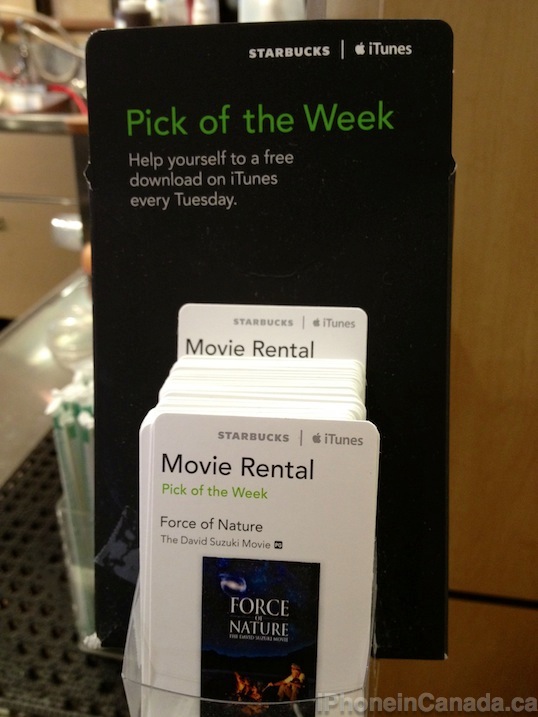 According to a report by MacRumors, Apple has updated its battery replacement policy for the sixth-generation ‌iPad mini‌, allowing customers to get their batteries replaced without requiring a device replacement. Prior to the announcement, if a customer wanted to get their iPad mini 6 battery replaced, Apple Stores, authorized service providers, and repair centers will give those...
Usman Qureshi
32 mins ago

A new Apple support video has detailed how you can use the iPhone's Safety Check feature to disconnect your device from people, apps, and devices you no longer want to be connected to. You can use Safety Check to check whom you’re sharing information with, restrict Messages and FaceTime to your iPhone, reset system privacy...
Usman Qureshi
43 mins ago