This week at Starbucks you’ll find the free Song Pick of the Week as the Metric’s single Breathing Under Water. The Canadian indie rock bank is from Toronto and this freebie should definitely keep fans happy. Starbucks alternates free song/app picks every week, and you’ll be able to find this week’s song cards on display at your local Starbucks.

Just look for this card: 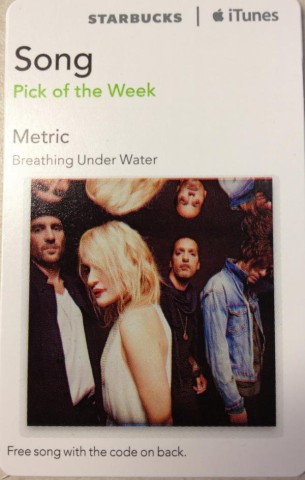 Here are three free promo codes for the singles (via @swotam): 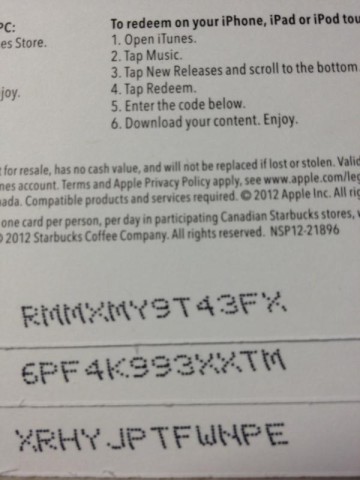 Enjoy, and let us know if you manage to find these at your local Starbucks!

The Starbucks App/Song of the Week is brought to you by @swotam.