A couple of months back, SpaceX announced it was working on a mesh Wi-Fi router, and today, the company has finally debuted its new Starlink Mesh Wi-Fi Router priced at the US $130, Tesla North is reporting. 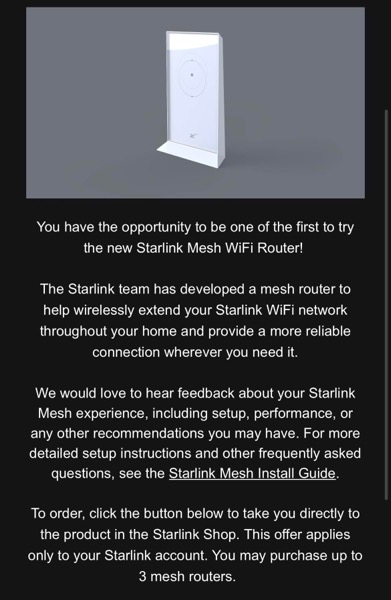 In an email sent out to customers, Starlink has confirmed the new Mesh Wi-Fi Router is ready for public use. The email invites Starlink customers to be “one of the first to try the new Starlink Mesh WiFi Router.”

For now, however, the Starlink router is being offered to select customers for purchase. According to a post on Reddit, the Starlink Mesh Wi-Fi Router is not showing up in their online shop. 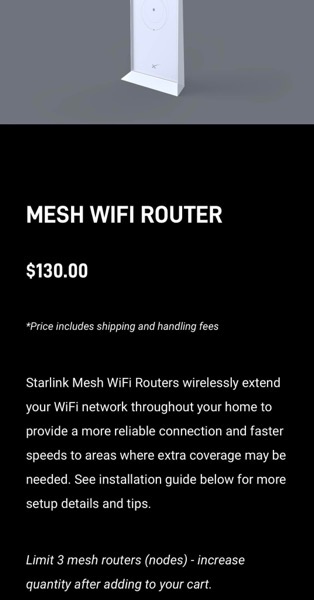 Mesh Wi-Fi routers are meant to be used in tandem with other mesh routers, in order to create a ‘mesh’ of Wi-Fi that’s often more reliable room-to-room than traditional routers in a single location.

Let us know if you’ve received an email invite from Starlink to purchase the new Mesh Wi-Fi Router.

[caption id="attachment_376080" align="aligncenter" width="1536"] Image: Apple[/caption] Apple has delayed the target launch date for its self-driving electric vehicle (EV) by about a year and is now eyeing a 2026 debut, according to Bloomberg's Mark Gurman. The information comes from people familiar with the developments. Gurman, a renowned tipster for all things Apple, also said that...
Nehal Malik
28 mins ago