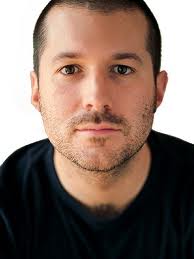 Once in a long while, on a very special day, you can be shoe shopping and try on a pair that feels amazing… almost as if you’ve owned those shoes forever and broken them in and made them yours and… forgive me, I’ve digressed. The point is, sometimes something new will surprise you by fitting just right. Tim Cook is a good CEO, maybe even a really great CEO. Cook has a competent head for business and the steady hand required to steer a ship the size of Apple, but has the same boyish enthusiasm and charisma as a bag of hammers.

Being called the ‘spiritual successor’ of Steve Jobs, Ive now has creative control over the world’s largest company. This move, after changes in the Apple leadership roster last week that were followed more closely than when the Prime Minister shuffles his cabinet (though the same number of ridiculously big egos were involved).

In a recent article by technology journalist Micah Singleton, Apple leadership during the reign of Steve Jobs was described as resembling a two-headed monster: “COO Tim Cook made sure operations ran smoothly, and products were properly distributed” while “Steve put his touch on every product Apple released.” This beast of myths turned management style proved wise because Apple has since enjoyed “unprecedented creative and financial success.”

With Ive at Cook’s right hand the proverbial ‘second head’, left vacant by Job’s death last year, has been restored.

Described as a “fantastic craftsman,” Ive started his tenure with Apple in 1992. Since then, he has been responsible for much of the design beauty that Apple has been heralded for, including “functionally clean, aesthetically pleasing, and remarkably popular products.”

So what happens next for Ive now that he has pulled the sword from the stone? Who knows, but sufficed to say it had better be spectacular. Do you think Ive will take the lead at the next Apple event? What will his trademark become?