Bidding for a collection of Steve Jobs memorabilia that went up on RR Auction earlier this month has just been completed, with the most expensive auction ended up being the Steve Jobs signed Apple II manual going for $787,484 (via 9to5Mac). 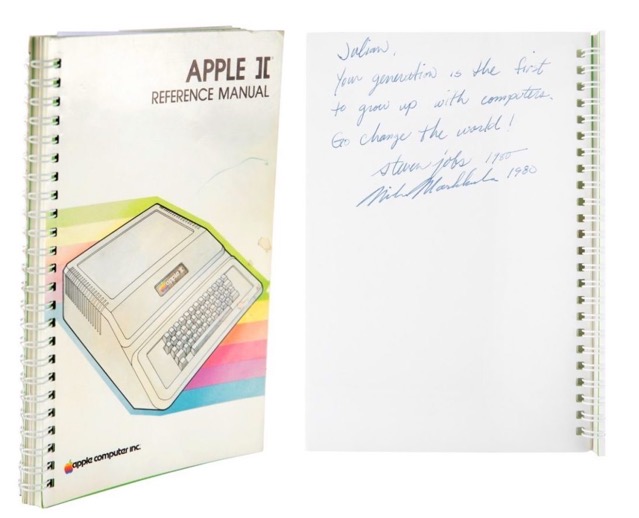 Alongside the big-ticket items like the signed Apple II manual and an Apple I computer, there were a handful of affordable items like Jobs’ Apple business card, bomber jacket, and Apple Computer Basic Program tape cassettes.

Amongst the most affordable auctioned Apple and Jobs memorabilia was the set of 4 Apple Computer Basic Program tape cassettes, which sold for just $656.

The most expensive three auctions ended up being the Steve Jobs signed Apple II manual at $787,484 (purchased by Colts owner Jim Irsay), a Jobs signed typed letter going for $479,939, and an Apple I computer fetching $464,876.

You can find out more about the Steve Jobs memorabilia that was sold this month at the RR Auction website.

Google has joined forces with consumer advocacy group OpenMedia to oppose the Liberal government's controversial Online Streaming Act, also known as Bill C-11. The Liberals tabled Bill C-11 in February as an amendment to the Broadcasting Act. It is designed to give the Canadian Radio-television Telecommunications Commission (CRTC) regulatory authority over online streaming platforms, the...
Nehal Malik
34 mins ago

Apple Music has just rolled out the ability for artists and bands to personalize their profile page with a custom bio, as well as the option to add their hometown, birth date or year formed, and more (via MacRumors). Following the latest updates, artists can now also quickly add lyrics for their songs on Apple...
Usman Qureshi
43 mins ago