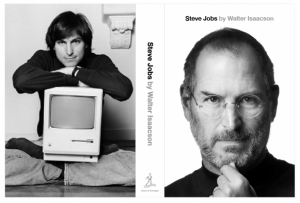 All Things D reports Steve Jobs’ official biography has had its release date pushed ahead to October 24th. The previous date was set for November 21st. The biography will include the resignation of Steve Jobs as CEO.

The WSJ reports author Walter Isaacson was notified by Jobs that he was going to die, when he stepped down as CEO:

According to a person familiar with the matter, Isaacson last interviewed Jobs four weeks ago, right before, and right after he stepped down from his post as the CEO of Apple.

Jobs indicated at that time that he knew he was going to die soon. The scene will appear at the end of the book.

It was noted by MacRumors that Amazon sales and pre-orders of the biography has increased more than 40,000% after the announcement of his death. I need to read this book.

Apple's new Crash Detection feature, available on iPhone 14 and the company's latest Apple Watch models, is designed to automatically contact emergency services in the event of a severe car crash.  However, it can sometimes mistake a rollercoaster ride for a car crash (via Reddit). One Reddit user found this out the hard way when...
Nehal Malik
6 mins ago

Amazon announced on Wednesday a new lineup of Fire TV Omni televisions, this time with QLED and also its “smartest TV lineup ever.” The new Fire TV Omni QLED Series is available in 65 and 75-inches, with 4K Quantum Dot Technology (QLED) displays and full-array local dimming for up to 96 zones. Dolby Vision IQ […]
Gary Ng
10 mins ago