Earlier this month, Sony Pictures announced that Aaron Sorkin (The Social Network) will be adapting Walter Isaacson’s Steve Jobs biography into a screenplay. Yesterday it was reported that the screenplay will see Apple co-founder and longtime friend of Jobs, Steve Wozniak, assisting the Oscar-winning writer as a technical tutor on computers and to also offer insights on Steve Jobs.

In another Steve Jobs-focused project, today it was announced that the principal photography of a project called “jOBS” will begin in the original garage where Apple was created. The garage, located in Los Altos, is where Steve Jobs and Steve Wozniak constructed the first Apple computer.

Titled jOBS, the biopic stars Ashton Kutcher as the iconic Silicon Valley visionary, and will shed new light on Steve Jobs’ most defining and personal moments, motivations, and the people that drove him. The film covers Jobs from his early years as an impressionable youth and wayward hippie, through his initial successes and infamous ousting, to his storybook return and ultimate triumphs as a man who set out to change the world and did just that.

A release from Five Star Feature Films (the project production company) reported that production of the project began when Jobs retired in 2011. Since then, there has been extensive research such as interviews from friends and co-workers of Jobs.

jOBS chronicles the 30 most defining years of Steve Jobs’ life, as seen through his, colleagues’, and friends’ eyes. Dark, honest, and uncompromising, jOBS plunges into the depths of his character, creating an intense dialogue-driven story that is as much a sweeping epic as it is an immensely personal portrait of Steve Jobs’ life.

Ashton Kutcher has been the only cast member confirmed in the project and his role will be that of Steve Jobs. The film has an expected release time of late fall 2012. 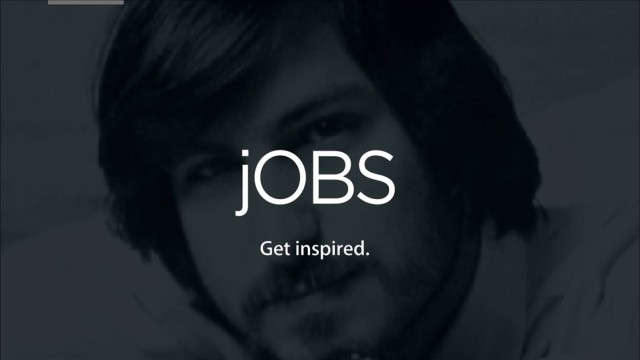