Graphic designer Susan Kare, who designed the 32 x 32 and 16 x 16 icons used in the original Mac operating system, has finally revealed why Apple replaced the Mac’s Apple key with the Command key. &#8984 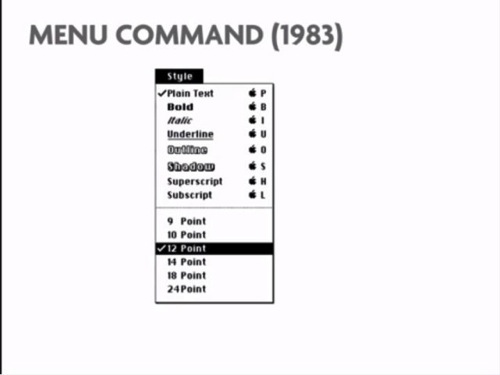 While talking about early Mac OS development in a recent presentation at the EG conference in California, Kare shared that it was actually Steve Jobs who made her change the Apple symbol key to the Command key (via Cult of Mac).

Originally, all shortcuts in the Macintosh operating system were done with the ? key, but when Steve Jobs saw the dropdown menus, he screamed: “There are too many Apples! You’re using our logo in vain!”

Looking for a replacement, Kare consulted a symbol dictionary and plucked a little-known symbol used almost exclusively in Swedish campgrounds — the ? symbol we all know and love today.

Kare also revealed that the job of designing icons for Mac OS was offered to her “serendipitously” based on no more than her ability to draw some off-the-cuff icons on graph paper during her initial interview at Apple.

The full video of Kare’s interview is well worth a watch. Check it out: