Apple co-founder Steve Jobs had a bigger vision than the Open Wireless Movement currently has. With the iPhone already on the market, he dreamed about ever-connected iPhone owners using free Wi-Fi shared from homes and small local businesses, claims Walt Mossberg of Re/code. 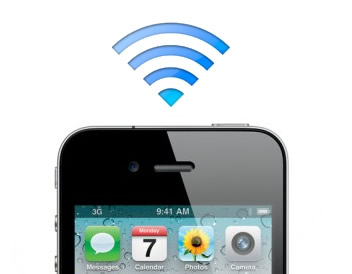 In a commentary posted today, he remembers speaking with Jobs-who outlined his idea of shared Wi-Fi, the obstacles, and other issues. plans. The obstacle was obvious: despite popping up in the list of available networks on the iPhone, the majority of them are secured by password.

Jobs understood the need for security, but he was nonetheless in favor of making Wi-Fi free and Wi-Fi sharing becoming a common habit. He even planned to get other companies involved.

His idea was to get as many wireless router makers as possible to build in a “guest network” option — essentially a second Wi-Fi network, securely walled off from the rest of the home network, and with its own name. Then, he hoped that the industry would encourage people to share their bandwidth with strangers via these guest networks. That way, a smartphone user could walk around, moving from one Wi-Fi hotspot to another, without logging in — much like people using cellular data move from one cell tower to another.

Users of this second, guest network wouldn’t have any way to access the owner’s main network, or the computers, network drives, printers, or files on the main network. Yet they’d be able to get onto the Internet, while in range.

As Mossberg notes, Apple has already done a step toward this by implementing the “Enable Guest network” in the “Wireless” tab in its Airport utility app for Macs and iDevices.

Since then, other router manufacturers have built guest network options into their devices and there is even a movement called Open Wireless Movement that aims to provide free Wi-Fi for everyone. Maybe with some help from big tech companies, Wi-Fi sharing and roaming will become a reality.