The home where Steve Jobs co-founded Apple has been deemed a “historic resource” by the Los Altos Historical Commission after a Monday night vote, reports the Mercury News:

The Los Altos Historical Commission voted unanimously to designate the home at 2066 Crist Drive a “historic resource” due to its association with Jobs, as well as to place it on the city’s historic resources inventory.

The vote is the culmination of a two-year effort by the commission to preserve the one-story, ranch-style home as it stands.

Steve Jobs’ sister Patricia Jobs currently owns the property but the Commission did not require her permission to deem the home a historic site.

”These significant events took place at the subject property,”

“Steve Jobs is considered a genius who blended technology and creativity to invent and market a product which dramatically changed many industries. His influence is expected to be felt by multiple generations forthcoming.”

Below is an image of the home as seen in Google Street View: 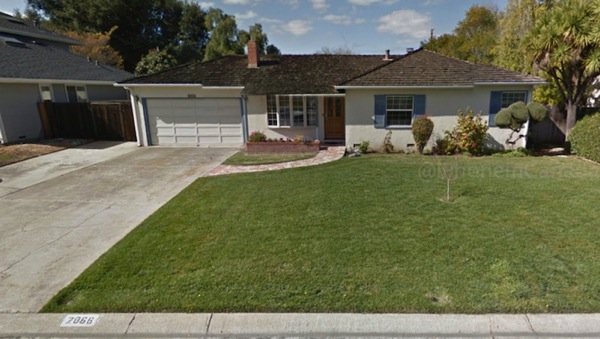 The home, located on 2066 Crist Drive in Los Altos, is where Jobs, Steve Wozniak and Patricia Jobs built the first 100 Apple 1 computers.