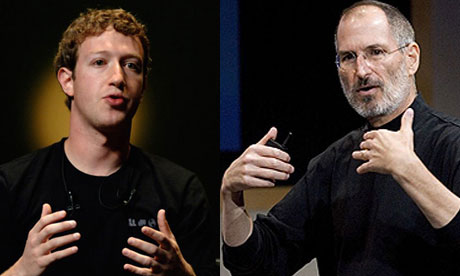 In an interview with ABC News, Mark Zuckerberg reveals the new option to add organ donor status to Facebook timelines available today in the U.S. and UK was inspired by the late Steve Jobs:

Zuckerberg said he was further prompted make Facebook an important tool to encourage donors to register following the death of Steve Jobs, whom he called a “friend.”

Though Zuckerberg never talked with Jobs specifically about a Facebook donation tool, he said many of the people involved in the project were inspired after Jobs’ death.

“That definitely, I think, was something that we all had in mind as we were building this out… His story is just one of many, of people who both were able to have an organ transplant that made his life longer and he was extremely thankful for that,” Zuckerberg said.

It was revealed in the Steve Jobs biography by Walter Isaacson the late Apple CEO wanted to be helpful to other tech companies in Silicon Valley with this time left before his death–and in particular Facebook founder Mark Zuckerberg (here, he was describing how he reluctantly helped Google CEO Larry Page when he asked for advice; Jobs was still angry at Google):

…I tried to be as helpful as I could. I will continue to do that with people like Mark Zuckerberg too. That’s how I’m going to spend part of the time I have left. I can help the next generation remember the lineage of great companies here and how to continue the tradition. The Valley has been very supportive of me. I should do my best to repay.

Steve Jobs had a liver transplant in April of 2009–thanks to an organ donor. He revealed this info at the beginning of the September 2009 iPod Special Event. Ever since then he was an advocate of organ donors as one saved his life: