In a special Halloween video published today, YouTube channel Will It Work? has connected Steve Jobs’ NeXT company’s keyboard and mouse to an iPhone, along with a Magneto-Optical drive. 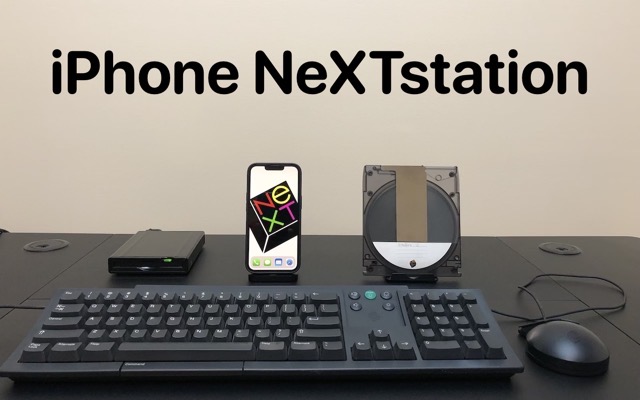 Dubbed the ‘iPhone NeXTstation,’ the experiment pays homage to the NeXTstation, which was one of the computers from NeXT in the late 1980s and early 1990s.

The NeXTstation ran the NeXTSTEP operating system featuring a UNIX-based design, security, speed, and user interface. It was the primary reason Apple purchased NeXT in 1996, as the company was faltering in its own attempts to create a new Mac operating system.

As for the Magneto Optical Drive, it is a kind of optical disc drive capable of writing and rewriting data upon a magneto-optical disc. Magneto-optical drives were common in some countries, such as Japan, but have fallen into disuse.