Universal Pictures is set to release ‘Steve Jobs’ tomorrow in theatres, and ahead of its debut, a new trailer has been uploaded to YouTube to showcase screenwriter Aaron Sorkin, Kate Winslet, Michael Fassbender,  director Danny Boyle and Jeff Daniels sharing thoughts about the movie and how Jobs changed our world. 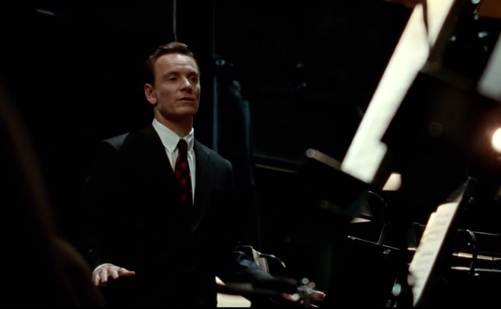 The movie is not without its controversy as Jobs’ widow reportedly tried to stop the movie from production, plus said to have swayed Christian Bale and Leonardo DiCaprio to not portray her late husband. Sorkin got access to Jobs’ daughter to get insight for the movie, while former Apple CEO John Sculley (played by Jeff Daniels in the film) called the movie “extraordinary entertainment”.

To show the public a softer side of Steve Jobs, opposite of what he is portrayed in the movie, Apple exclusively released a clip of the late Apple co-founder casually speaking with the original iPhone team, to ABC News.