A Steve Jobs-signed Macintosh floppy disk has just been put up for auction with an estimated value of over $7,500 (via 9to5Mac). In the past, we have seen similar items go up for auction like Jobs-autographed Mac manuals, posters, or Apple awards.

Pre-certified by RR Auction, the floppy disk is in ‘fine condition’ and ships immediately after sale with a full letter of authenticity. 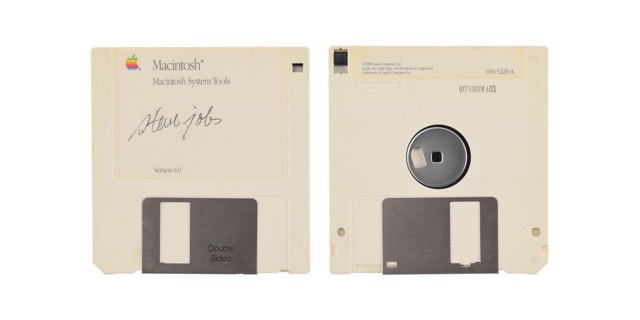 Below is the complete description of the listing:

“Macintosh System Tools Version 6.0 floppy disk, signed in black felt tip, “steve jobs.” In fine condition, with slight brushing to the ink. A hugely desirable format for Jobs’s seldom-seen autograph—known as a reluctant signer, he often declined to comply with the requests of collectors. As a piece of Apple’s iconic Mac OS software, boasting Jobs’s elegantly stylish lowercase signature, this is a museum-quality piece of computing history.”

Well, do you plan on getting a $7,500 stocking stuffer this Christmas?