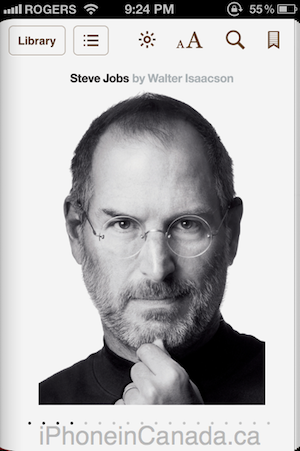 Steve Jobs has made history by becoming the first deceased person to emerge as Barbara Walters’ Most Fascinating Person of the Year. Typically, only those still alive can only make the list–but an exception was made for Jobs. He was selected earlier in the year after his resignation as Apple CEO, and when he passed Walters and her team decided to stick with her choice, breaking their golden rule.

The choice of Steve Jobs as Barbara Walters’ Most Fascinating Person of the Year was an unusual one; the program has never featured a person who is not alive.

In fact, the Apple founder was selected much earlier in the year, when he first retired. After Jobs died, the rule was broken for him. After all, he broke so many rules during his extraordinary life.

A businessman and a visionary, a marketing genius and a romantic, a billionaire and a Zen Buddhist, Jobs was one of a kind. His energy and vision changed the world and made him the choice for Most Fascinating Person of the Year.

Oddly enough, I happened to watch the segment live last night when it aired, and was surprised at Barbara’s announcement they decided to allow Steve to be an exception to their rule of having a living person be honoured as the most fascinating of the year.

Steve edged out Pippa Middleton (which would’ve also topped my list) and more, and it’s a fitting tribute since he lost TIME magazine’s bid for person of the year (he lost to ‘The Protestor).

Check out the video below (Flash):