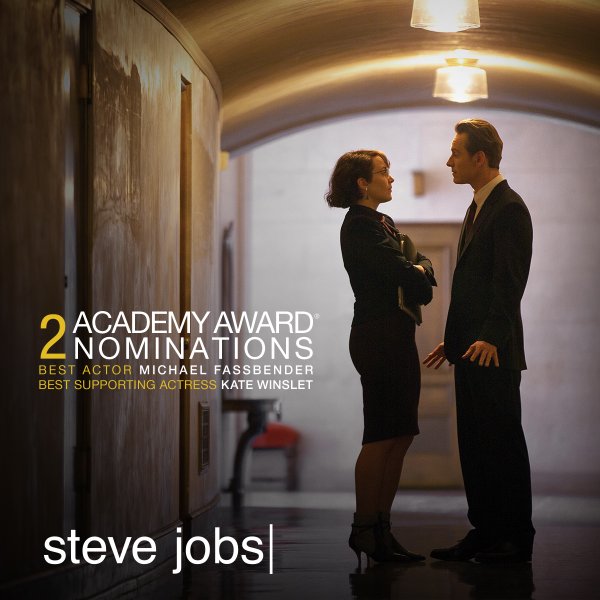 Danny Boyle’s Steve Jobs biopic lead actors Kate Winslet and Michael Fassbender have both been nominated for Academy Awards, in the categories of best actress in a supporting role and best actor in a leading role respectively. Fassbender is up against Bryan Cranston, Eddie Redmayne, Leonardo DiCaprio, and Matt Damon while Winslet takes on Alicia Vikander, Jennifer Jason Leigh, Rachel McAdams, and Rooney Mara.

Director Danny Boyle and screenwriter Aaron Sorkin have both not received Oscar nominations. The movie has however already won Golden Globe Awards for Best Screenplay and Best Supporting Actress.