The legacy of Steve Jobs will continue to live on in the halls of Apple as his quotes and images are now adorning the the campus. 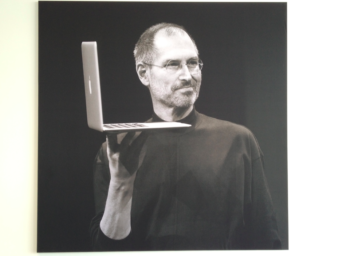 9to5Mac is reporting on the appearance of several Steve Jobs memorabilia throughout the Cupertino, California-based offices of Apple Inc. Steve Jobs passed away in October of last year and it’s clear that Apple has no intention of forgetting brilliant mind that brought so much genius to the company he co-founded. 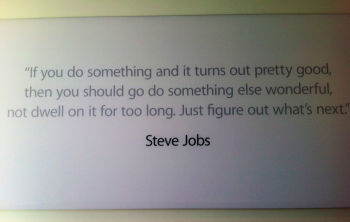 The quotes and images apparently span the history of Steve’s involvement in Apple and showcase some of the groundbreaking products that he personally introduced as well as nuggets of his own wisdom. These tributes will certainly act as a source of inspiration for all those who roam the halls at Apple. 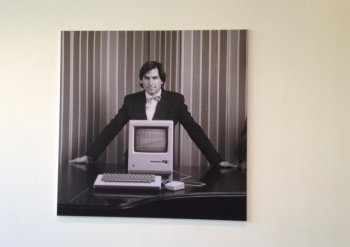 Let us know if you spot any more of these shots, we’d love to see them.