This week, a new email from Apple CEO Steve Jobs confirms that a software update will soon be released to address issues with the performance of iOS 4 on iPhone 3G.

In late July, Apple acknowledged that they were “looking into” user reports of the lags with iOS 4 on iPhone 3G.

The latest email from Jobs came in response to feedback sent by a customer who expressed frustration with the performance of iPhone 3G. The feedback specifically noted lags with scrolling, zooming, and typing.

The user email is seen below:

I’ve waited patiently through 4.0.1 and 4.0.2, looking for a fix that will make my phone work again. I’ve read the forums that advise me to jailbreak my phone or use some other method so I can downgrade back to a version of iPhone 3, however I’m not prepared to use a method that is not supported by Apple.

Jobs’ response to the user is below:

No hints were given as to when the update is coming, but the email response was likely referring to iOS 4.1 which is currently in testing periods with developers. 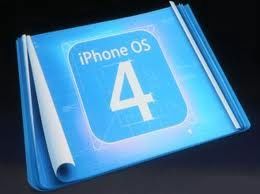