Steve Jobs Once Threw a Prototype iPhone to Impress Journalists

Recalling a memory of the original black and silver iPhone, CNET’s Roger Cheng has shared the story of how the late Apple co-founder and CEO Steve Jobs once threw a prototype iPhone to impress a room full of journalists. 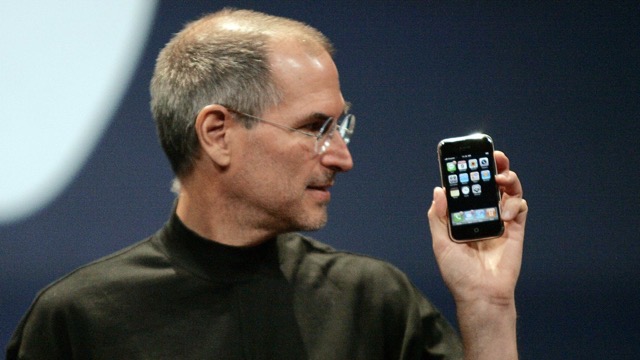 Soon after Jobs unveiled the iPhone back in 2007, he visited The Wall Street Journal’s headquarters and then the World Financial Center to offer more than two dozen editors and reporters a peek at the device.

During a Q&A session about the iPhone, someone asked about its durability. In response, Cheng says Jobs tossed the prerelease model he held into the air toward the center of the room, “eliciting a small gasp and then hushed silence as it hit the (carpeted) floor.”

“The memory underscores the lengths Jobs went to in order to make an impression. As the 10-year anniversary of Jobs’ death approaches, those in the tech industry have begun to pay their respects by sharing stories and memories of the tech luminary, a visionary who shook up multiple industries and changed the way we interact with our mobile devices. This was mine.“

The phone survived unscathed, thanks to the carpeted floor. Jobs’ staff then distributed a handful of other test units for the reporters to play with.

LastPass, a popular password manager for mobile, desktop, and more, recently suffered a security breach where an unauthorized party gained access to "certain elements" of customer data using information obtained from a previous hack back in August. The company said in a Wednesday blog post that it discovered unusual activity within a third-party cloud storage...
Nehal Malik
13 mins ago

Apple’s 10th generation iPad launched this year to some mixed reviews, and today, the experts over at iFixit have given it their signature teardown treatment. “It’s such an odd device – in both good and bad ways,” says iFixit. "A few genuine leaps forward for consumers sit alongside some truly baffling design choices." "You’d expect...
Usman Qureshi
37 mins ago