Nushka Labs, creators of the calendar application known as PhotoCalender HD which incorporates your photos to create your own custom calendar, has made their new calendar app, Tribute Calendar, available for free on Cydia. 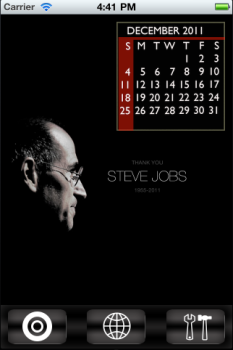 For those who don’t already know, Cydia is the app store accessible by jailbroken iPhones. The application looks fairly elegant and is certainly a nice thing to have if you’re a fan of the late Apple mastermind. 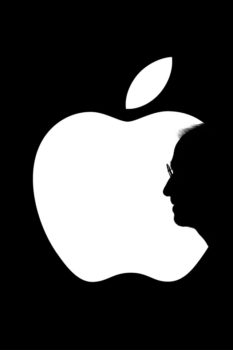 The Next Web is reporting that Nushka Labs’ original intent was to make the app available for free (and ad free) on the Apple App store but, after receiving a rejection from Apple, put it up on Cydia. 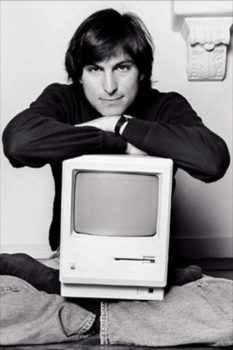 The Next Web article quotes a portion of a note received by the creators of the app explaingin:

…We have decided to honor his life in other ways and we are not accepting these types of apps.

While the app is certainly a nice way to remember Steve, the developers put Apple in a difficult place with the submission. Because Nushka Labs doesn’t own the photos they’re using in the application, Apple is unable to accept the application. Nor would they accept any app that incorporates material owned by others and used without license or permission. Of course, by rejecting it Apple looks like they’re not paying tribute to the man who built the company. As we learned yesterday, nothing could be further from the truth. 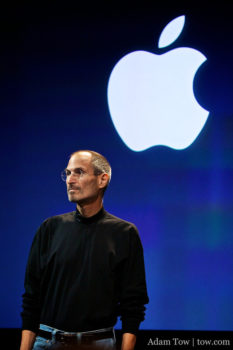 What do you think? Does the rejection suggest Apple doesn’t care about Steve’s memory?

In this week's edition of his Power On newsletter, Bloomberg's Mark Gurman speculated that Apple could launch an even pricier iPhone model, positioned above the "Pro Max," as early as 2024. The renowned analyst previously reported that Apple could rename this year's iPhone 15 Pro Max the iPhone 15 "Ultra." However, he now believes the company is...
Nehal Malik
58 mins ago