Remember how the late iconic rapper Tupac Shakur kept releasing albums after his death? Looks like the late Apple co-founder and CEO Steve Jobs is continuing to do the same, but with his names on patents. According to a report by MIT Technology Review, almost a third of the 458 patented inventions and designs credited to Jobs have been approved after he passed away. 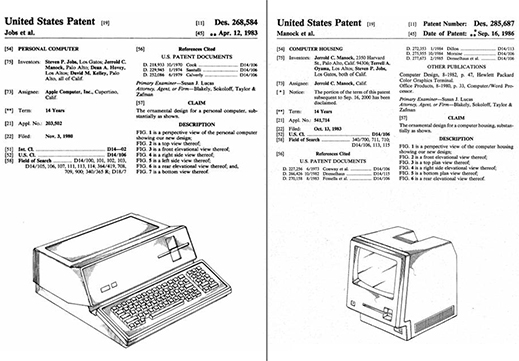 The first patent won by Jobs was in 1983, which was titled simply “Personal Computer”, while his most recent patent was approved in August this year, which covers the design of the dramatic glass cube that’s the entrance to Apple’s store on Fifth Avenue, in Manhattan. Since his death in 2011 from pancreatic cancer, he has won 141 patents in total, a number more than most inventors win during their lifetimes.

However Florian Mueller, a patent consultant in Germany who has closely followed litigation around the iPhone, says that Jobs’s many patents “don’t make him one of the greatest American inventors in history”.

“Whether Steve Jobs was a great inventor depends on whether one is prepared to define the term extremely broadly,” says Mueller. “I’m convinced that if true American inventors like Edison, Bell, and Whitney looked upon Steve Jobs’s achievements and contributions, they would undoubtedly respect the man for what he’s done but they wouldn’t consider him one of their own.”

One criticism is that on his patents, Jobs’s name often appears alongside a score of others, meaning these inventions or designs weren’t entirely of Jobs’s making. Instead, Jobs shared credit for what Apple’s more than 80,000 employees did, something Kane argues “fed into his legend as a one-in-a-lifetime visionary.”

What’s even more interesting is that during the time Jobs was critically ill, Apple’s lawyers kept filing patents in his name every few days, with the last one filed the day before he passed away.