The AAPL Collection, one of the most comprehensive private collections of vintage Apple computers and accessories in the world, reunited Apple co-founder Steve Wozniak with one of his revolutionary creations this week, the 1976 Apple Computer 1. 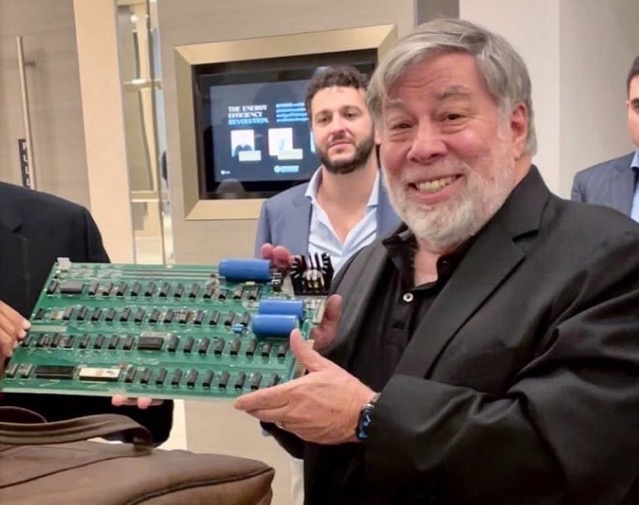 Located in Dubai, the AAPL Collection group managed to not only get their hands on a pristine original Apple Computer 1 motherboard but also reunited its original inventor. In a short video published on Twitter, they show the motherboard being handed to Woz.

“Woz holding our 1976 Apple Computer 1…the invention that sparked the personal computer revolution and led to the creation of the most valuable and profitable company in the world,” they tweeted.

Today we reunited the Master with one of his creations…what an amazing experience! pic.twitter.com/UhiNtZhtUl

Only 200 Apple-1 computers were ever made, with the electronics designed and engineered by Steve Wozniak. The computers were then assembled and tested by Steve Jobs. Versions of Apple-1 have fetched hundreds of thousands of dollars at auctions over the past few years.