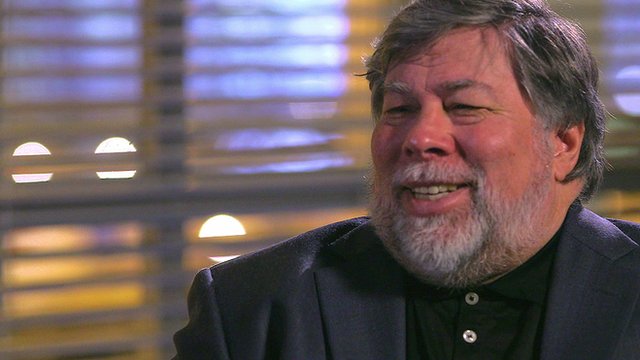 A few days ago during an interview at the Apps World North America conference in San Francisco, Apple co-founder Steve Wozniak reportedly told Wired that Apple should make an Android phone. Here is the passage from the interview:

“There’s nothing that would keep Apple out of the Android market as a secondary phone market,” said Wozniak–who, it should be noted, is no longer involved in the day-to-day workings of the company. “We could compete very well. People like the precious looks of stylings and manufacturing that we do in our product compared to the other Android offerings. We could play in two arenas at the same time.”

Gina Smith, a reporter for aNewDomain, thought the story sounded really wrong, so she called Wozniak.

“It sounded wrong. So I called Steve Wozniak, with whom I penned his biography iWoz: Computer Geek to Cult Icon: How I Invented the Personal Computer, Co-Founded Apple, and Had Fun Doing It. Steve emphatically told me that the press had the story ‘wrong,’” Smith reports. “In an email to me, Steve said, ‘They got it quite wrong for their own reasons … I’m used to things like this, (where the media turns) ‘could’ into ‘should.’ But the idea caught a lot of attention. It was just (my) independent idea … I’m sure others have said it before but I get more attention …’”

It turns out that the reports were wrong, and Wozniak did not say that Apple should make Android phones. During the phone call with Smith he said Apple ‘could’ make Android phones but those business decisions would be in the hands of knowledgeable Apple executives.

Wozniak also questioned, in the event Apple was to make Android phones, how much it would compete with the iPhone business. In all likelihood we will probably never see Apple make an Android phone. Let us know in the comments below what your thoughts are about Apple making hardware for Android phones.