Apple co-founder Steve Wozniak was in Bangalore last week to give a talk to up-and-coming entrepreneurs about Apple. While there, he gave a great interview to Indian television program Sunday MIDDAY. As always, everyone’s favorite geek had interesting thoughts to share, particularly on the state of todays mobile industry.

Woz likened today’s competing smartphones (read as Android, Blackberry, and Windows Phone) to the Apple III, an ill-fated computer of the 1980s that was largely considered a failure in the market. Choice excerpts after the break: 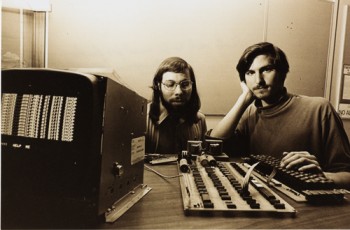 The failure of the Apple III was caused by marketing executives being in charge of the project.

If the guys at Apple had built the machine that they would love, it would have been successful. It came instead from formulas from Apple executives

Marketing people were in charge and some very bad decisions got made, in my opinion. There were hardware failures. You put out a product that has failures right away, and even if you fix it a year later, it just doesn’t sell. It’s the same thing with any smartphone today. It comes out and it has something horribly wrong about it. You can fix everything wrong about it, and it still won’t sell. It has missed its window of opportunity.

In contrast, Wozniak said that the success of the Apple II can be attributed to Steve Jobs.

The smartphone comparison is pretty interesting. If I understand Woz’s arguments, he’s drawing a comparison between good design and marketing.

Android phones are often built for a a specific demographic. Take the HTC Rhyme and it’s marketing inspired “glowing purse charm”, for instance. Key decisions of Apple’s iPhone, on the other hand, haven’t changed much since the inaugural 2007 launch.

As an example, consider the iPhones screen size: Apple decided on the optimal display size back in 2006. While it’s unknown why the 3.5-inch display was selected, one well documented possibility notes that with an average-sized hand, a thumb can reach any pixel on screen comfortably while holding the phone one-handed.

Apple tries to create the best possible experience for everyone. And thanks to well thought-out early decisions there’s no need to modify key features of the iPhone.

What do you make of the smartphone v. early Apple comparison?