Apple co-founder Steve Wozniak, who has always been a major digital privacy advocate, has told Conan O’Brien on TBS that he supports Apple in its ongoing legal battle with the FBI. “What if China says, ‘Apple, you’ve got to give us a back door so we can get into any phone, even your government officials’ iPhones, and inspect them any time.’ That’s wrong”, says Wozniak. 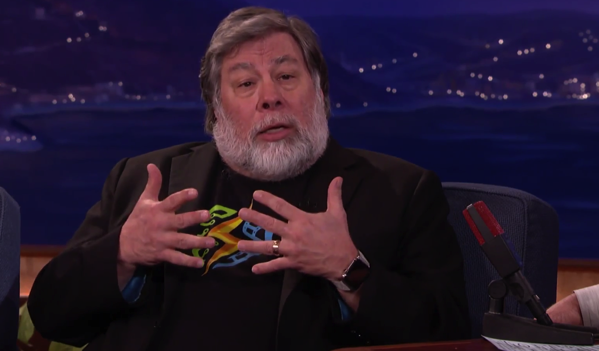 Wozniak goes on to explain that if Apple develops unique software for the government that is required to unlock the iPhone of the San Bernardino shooter Syed Farooq, and the code fell into the wrong hands, every iPhone user on the planet would be in danger of having the personal information stored on their iPhone stolen.

For those who aren’t aware, Steve Wozniak is also one of the founding members of the Electronic Frontier Foundation, a non-profit digital rights advocacy group founded in 1990. Check out the following video clip from the Conan O’Brien show: