SteveNotes.tv: A Single Destination for Every Steve Jobs Video

Brazilian web-designer Fabio Fiss spent a long weekend creating Stevenote.tv, a platform that aims to gather every Steve Jobs videos in a single search-friendly place– not only keynotes, but also documentaries, interviews, videos from his time at NeXT, as well as Apple ads. 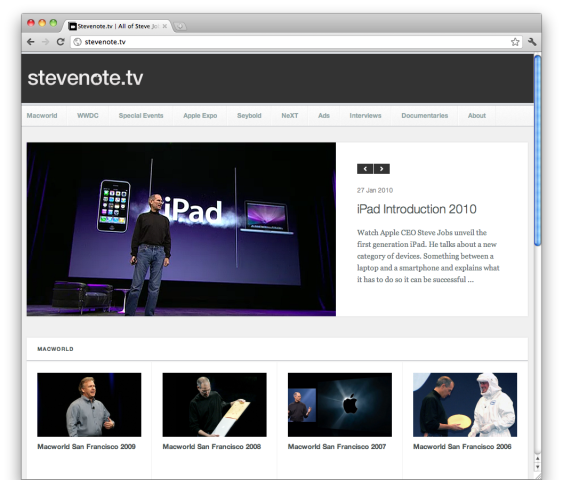 The site is still in development with some holes to fill. In the long run he hopes to create a single destination for every public appearance of Steve Jobs, with the full video and a transcript with excerpts showcasing keynote highlights. To give an idea of what he wants to do with the site, Fabio created an example with the WWDC 2010 page where he broke the talks into searchable bits of text with splices of video. 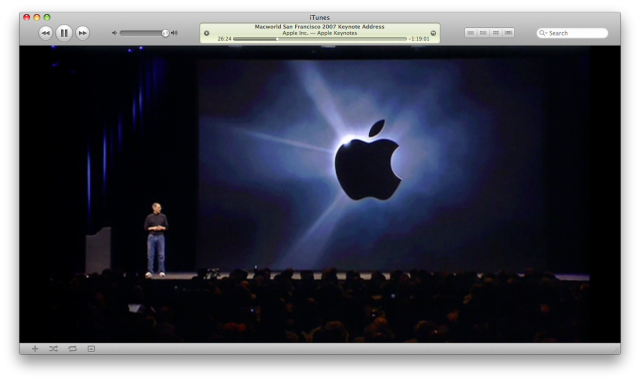 Steve Jobs, just moments before launching the iPhone in 2007

If you haven’t seen these videos, or if you haven’t seen them in awhile, it’s a great trip down memory lane. Personally, my favorite keynote was Macworld 2007 when Jobs introduced the first iPhone (obviously!). It’s also great to watch Bill Gates and Steve Jobs give their joint interview at D5. Jobs’ NeXT talks are worth checking out as well. With Apple we’re used to a guarded Jobs, not commenting on any of Apple’s future plans. At NeXT the lips aren’t as tightly sealed. It’s great seeing Jobs’ personality in a more organic setting.