Earlier this afternoon, Apple released the final version of iOS 7 which comes with an all new design and feature set. 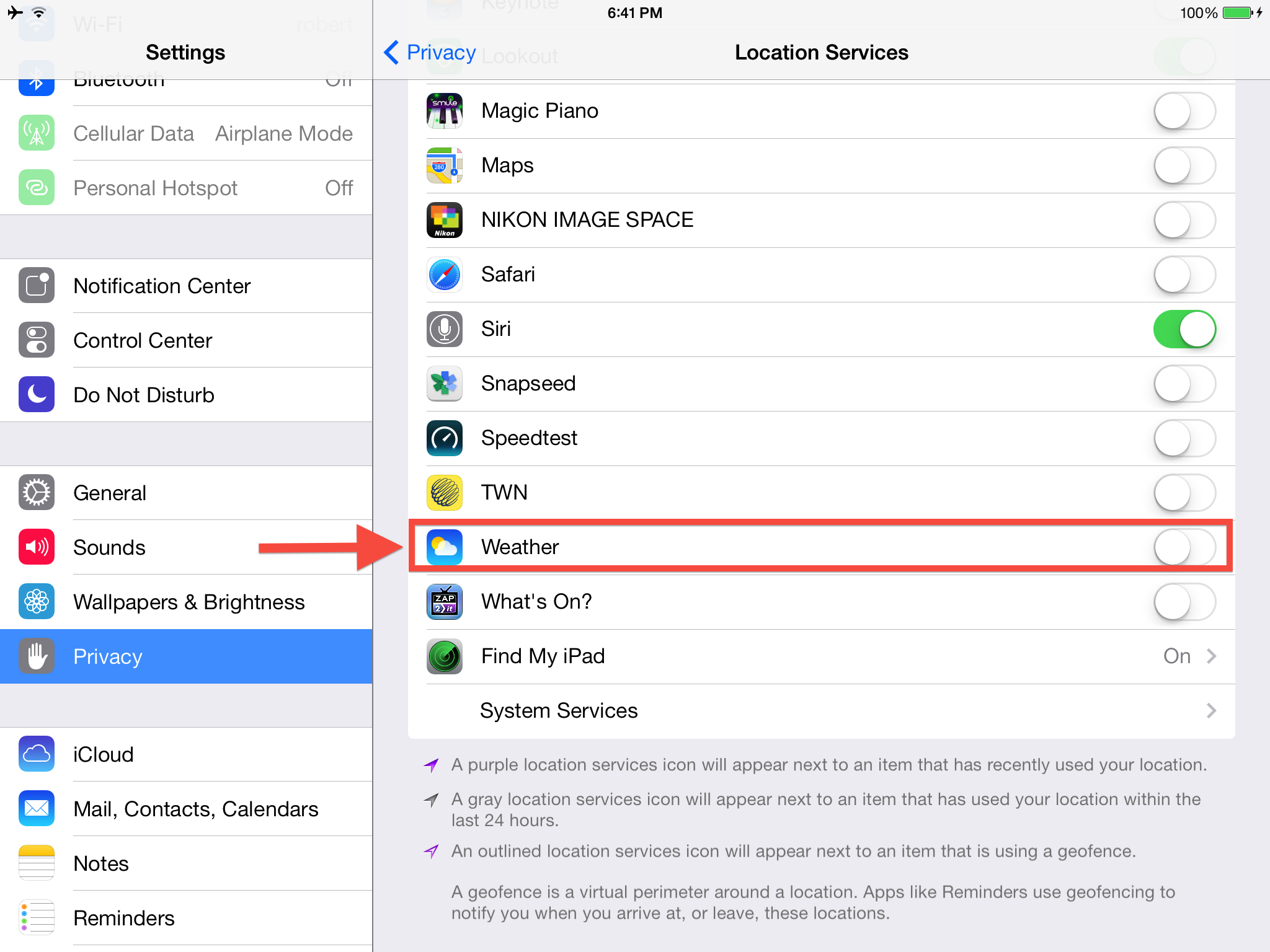 Could this be a hint that a weather app for the iPad is coming in the near future or is this just a minor bug in iOS 7?

iOS 7 is available now as an over-the-air update. The direct download links for all compatible devices can be found here.

Would you like to see a stock weather app on the iPad?

Update: Currently this setting in location services is being used for weather updates in notification center.