StockNerd is a new stock market and portfolio tracking iOS app for people interested in long term investments. While there are a number of stock apps for active traders, StockNerd specifically focuses on index fund investors. “After having friends and family members get ripped off by financial advisors with crazy fees, our team decided to create an app to help people learn about low fee index fund investing”, said Jon Hundley, CEO of StockNerd. 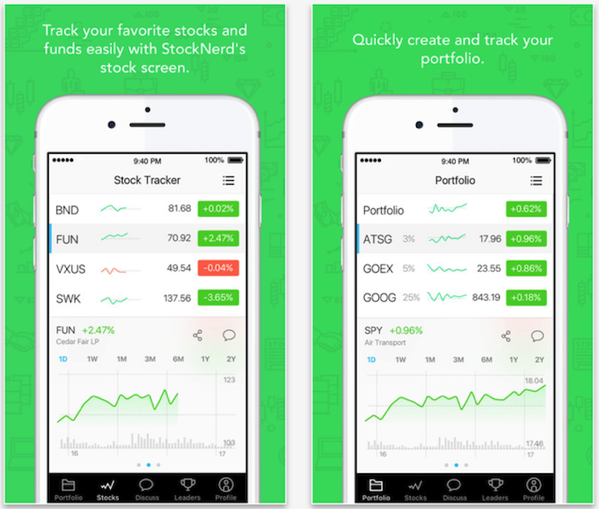 The app is 100% free with no ads or in-app purchases. Although Mr. Hundley told us that they’ll “think about adding in-app purchases at some point maybe in 6 months or so, but for now we’re just trying to build up users so we’re keeping it totally free.  We won’t remove any functionality we already have.”

Below are some of the main features of StockNerd: