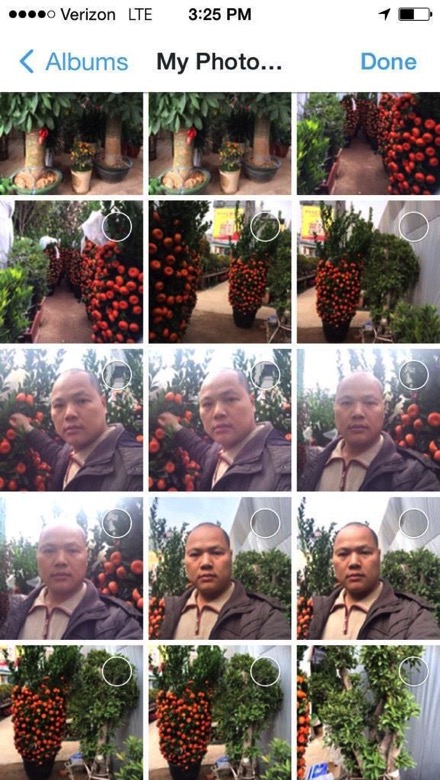 Last year in February, Matt Stopera from BuzzFeed lost his iPhone at a bar, which eventually ended up somewhere in China, something he found out when a handful of selfies of a Chinese guy and an orange tree started appearing in his photo stream. He ultimately went to the Apple Store and got the iPhone remotely wiped, essentially turning it into a brick.

However, the story doesn’t end here, as he actually became a tiny celebrity in China following a post he wrote on BuzzFeed titled “Who Is This Man And Why Are His Pictures Showing Up On My Phone?”, sharing his weird photos. Turns out within hours, his story had been translated and put on Weibo, which is essentially Chinese Twitter, and he started getting tweets from people trying to help me find the orange tree man.

“Meanwhile, I join Weibo. After the first day I had over 50,000 followers. Within a week, over 100,000. That’s where I start talking to him. Introducing Brother Orange. Chinese Twitter has given the man who had my phone the name Brother Orange. In Chinese culture, brother is a term of respect. A brother is a really good friend. The orange part comes from the selfies. Chinese Twitter loved them too”. 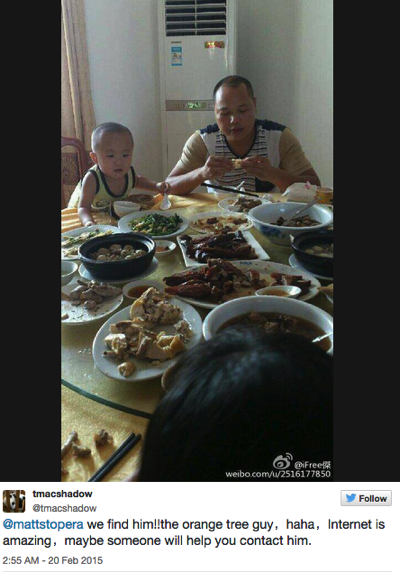 “Brother Orange and I exchange messages for weeks. He invites me to visit him. The Chinese internet is watching. I set a date: March 18.

Hello, China. I have to travel through four different airports (!!!) to get to where I need to be”.

To read more about what happened as Matt arrived at Brother Orange’s hometown in Meizhou, hit up the source link.