Apple’s Store Services are Down for Some Users, Including Apple Music

All of Apple’s store services are down for some users, as cloud services appear to impacting the App Store, Apple Music, Apple TV, iBooks Store, iTunes in the Cloud, iTunes Match, iTunes Store, iTunes U, Mac App Store, OS X Software Update and the company’s Volume Purchase Program, as indicated on their system status page: 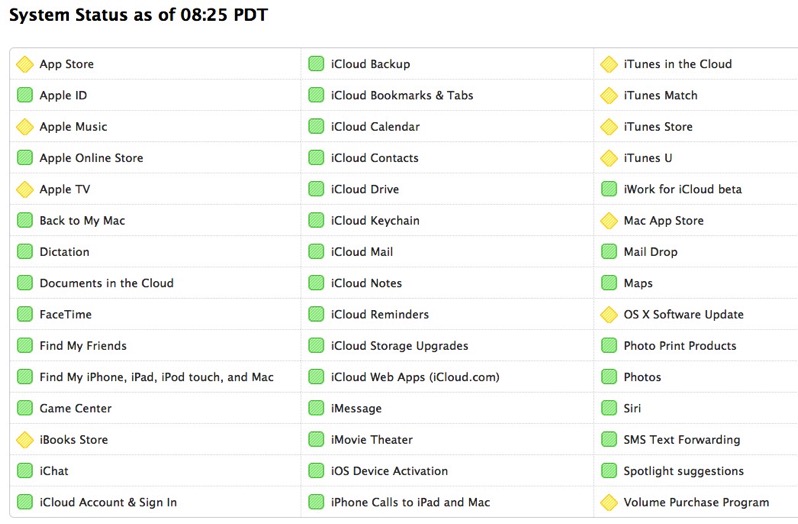 The outage appears to have started just before 7AM PDT and continues as of writing. Apple says “some users are affected”, which as of now includes us as Apple Music won’t play for us within iTunes.

Apple’s Beats 1 landed the exclusive to announce the 2015 MTV VMA nominees this morning and it appears the sudden surge of traffic has overwhelmed the service.

Are you experiencing downtime right now as well with Apple’s store services?