If you’re a user of the cycling and running social network, Strava, the latter has notified users they will no longer be able to sync their images from Instagram to their activities. 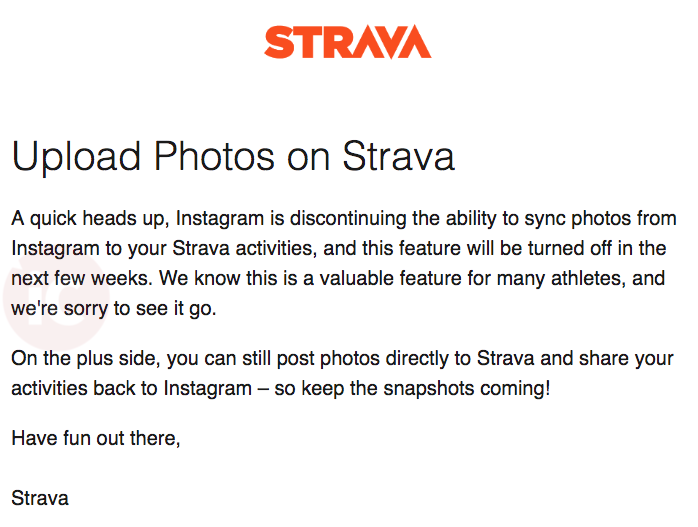 According to an email to users, Strava notes “Instagram is discontinuing the ability to sync photos from Instagram to your Strava activities, and this feature will be turned off in the next few weeks.”

The company adds, “We know this is a valuable feature for many athletes, and we’re sorry to see it go.”

The changes are part of Instagram’s move back in April to shut down their API platform, as part of parent company Facebook’s response to the Cambridge Analytica user privacy scandal.