Apple’s widely rumoured new streaming music service will most likely be launched at WWDC next week. However, Piper Jaffray analyst Gene Munster believes that the Cupertino tech giant won’t make much money out of it, with the service expected to add less than 1% to the company’s 2016 revenue, Fortune is reporting. 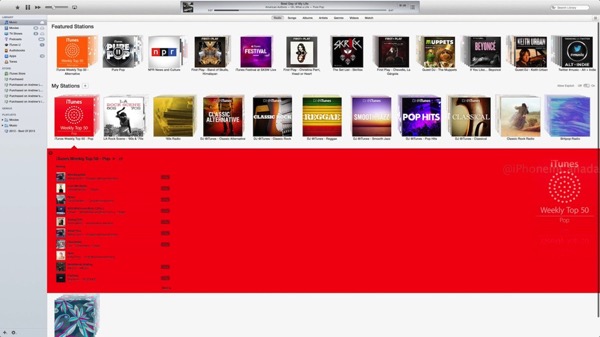 In a recent note to clients, Munster said that despite the impression left by last year’s $3 billion acquisition of Beats, “Apple’s not in it for the money”.

“With the $10 per month expected price for the new streaming service, even if Apple were to grow its paying streaming music subscriber base to match Spotify’s 15 million (which we view as highly unlikely), it would add less than 1% to revenue in 2016.”

While Apple’s iPhone sales have been growing rapidly over the years, the income from Apple’s digital media offerings such as music, TV, movies and books, continues to fall. Last quarter, according to Above Avalon’s Neil Cybart, it was down 4% year over year.

As Philip Elmer-DeWitt puts it, Apple is actually going into music streaming for the same reason Amazon points users to its competitors’ lower prices. “Amazon wants to be your one-stop shopping site. Apple wants to be the place the kids go to get their music”.

Latest report by the WSJ has claimed that Apple will unveil its highly anticipated on-demand music streaming service for $10 per month at WWDC.

On Saturday evening there was a Twitter Spaces hosted by Mario Nawfal along with Kim Dotcom, which Elon Musk joined in from using Starlink on his private jet as it took off. The topic was to cover the Twitter Files shared by the social network recently, but Musk also talked about various issues, including advertising […]
Gary Ng
18 mins ago