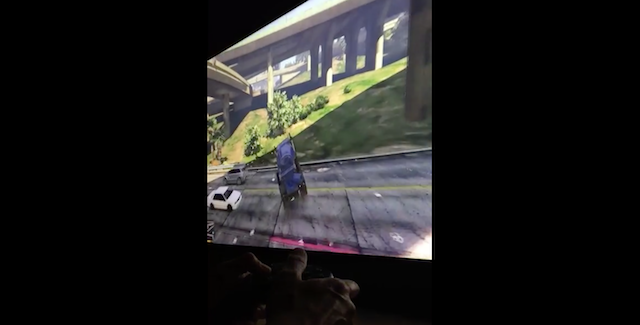 Back in September, developer Kevin Smith successfully demonstrated the popular MAME game emulator running on the new Apple TV and now, he has been able stream games from Steam on a PC directly to Apple TV. According to MacRumors, Smith used the Moonlight iOS open source project based on NVIDIA’s GameStream, and modified it to run on tvOS.

“Using this modified version of Moonlight iOS, Smith was able to stream games from Steam on a PC directly to the Apple TV. Without the need to run directly on the Apple device, streamed games can appear as high-quality as the source computer allows, with obvious Wi-Fi and streaming strength limitations taken into account when used without a wired Ethernet connection”.

As you can see in the video embedded below, Smith demos the Moonlight client on the new Apple TV with popular open-world game Grand Theft Auto V. Check it out and tell us what you think.

Following Morgan Stanley's estimate that Apple’s App store net revenue tumbled a record 5% last month, CNBC's Jim Cramer has said that investors should ignore negative calls about the iPhone maker and hold onto their shares. “The next time you hear this Apple mishegoss, you need to recognize that you’re still getting one more buying opportunity in...
Usman Qureshi
15 mins ago