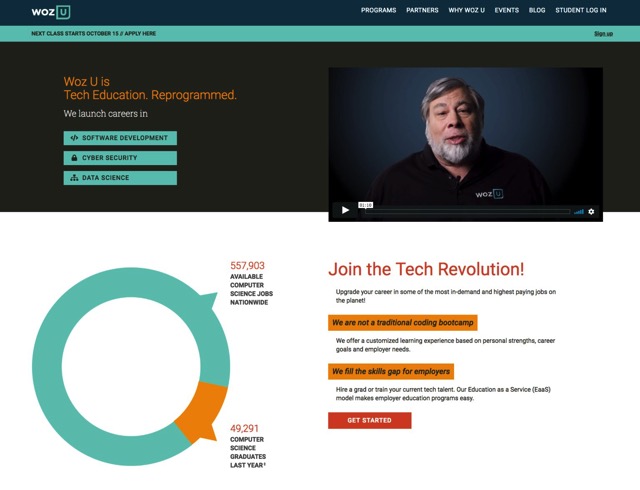 However, a report by CBS News has revealed that former students of the 33-week program, are complaining about sloppy errors and typos in lesson plans, pre-recorded lectures, and even hyperlinks to Wikipedia. The report adds that enrollment in the $13,200 course is fueled by “enrollment counselors” who are pressured to sign as many people up as possible.

CBS News spoke with more than two dozen current and former Woz U students and employees with similar complaints about the program. We also reviewed complaints posted by students on the Woz U Slack channel: “I do not understand why we can’t get good quality for what we are paying for,” one message read. “The lessons are extremely flawed!” another said.

In an email to BusinessInsider, Wozniak downplayed his role in the company and said he had not seen the CBS report. “I’m not involved in any operations aspects so I can’t answer your questions,” he wrote.

Meanwhile, Woz U president Chris Coleman has acknowledged the errors in course content and has said that a quality control system has been implemented to catch them. As for the program’s sales tactics, he denied students are pressured to enroll.

The next Woz U class, according to the website, starts on October 15.