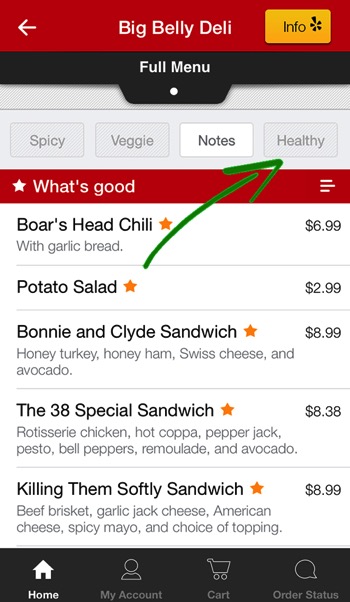 Some interesting facts, data and wild speculations put together in a recent study carried out by Eat24 have revealed that iPhone users are generally healthier than Android users. Using data from their iOS and Android apps, they monitored user ordering habits from the last few months. Apparently 27% of iPhone users clicked “Healthy” before anything else, compared to 17% of Android users. “We’re pretty sure this means people who use our app on iOS are 10% more likely to click on “Healthy” than those who use our app on Android”. 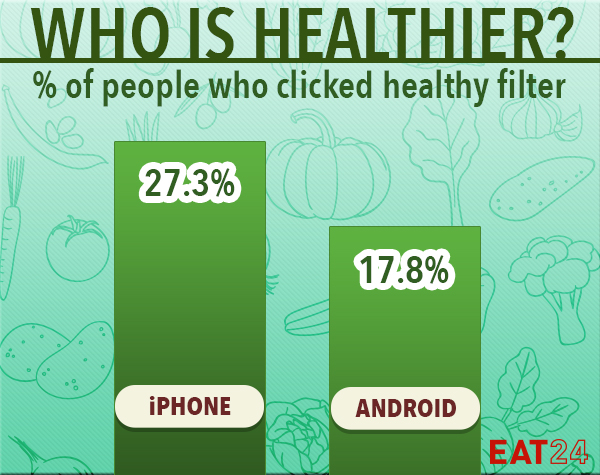 Furthermore, iPhone users clicked and ordered more vegetable based dishes than their Android counterparts. The iPhone users were 7% more likely to order some greens. Interestingly. Android users apparently care more about what others think since they’re looking at Notes 5% more than iOS users.

“Also, it appears that while our Android friends might not care so much about calories, they do care for burning things. Android users are 10% more likely to order something spicy. Does this mean Android owners like to live on the edge, or just like the taste of Sriracha?”

Check out the above data put together inside a pizza below. 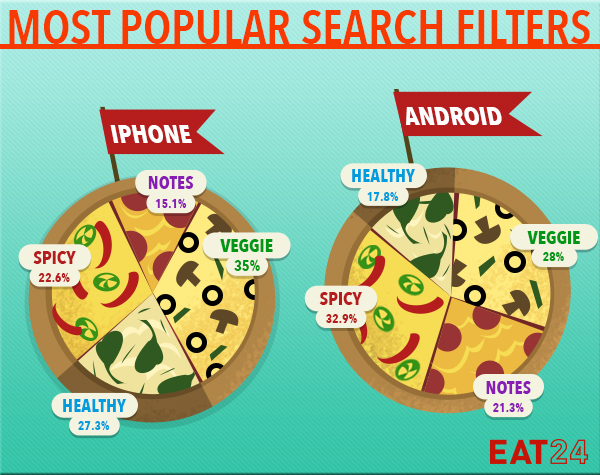