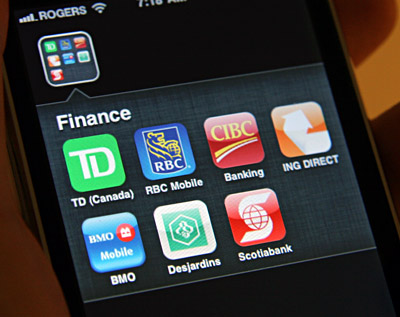 Do you use mobile banking on your iPhone? The 2011 “Mobile Money & Banking Report”, a study from Solutions Research Group based in Toronto found 54% of all iPhone users in Canada use a banking app.

The study found 2.5 million Canadians have widely adopted mobile banking apps on their smartphones, a number that was at zero 14 months ago. The big banks in Canada have quickly jumped on the app bandwagon, and the report found the following banks ranked in popularity as follows: TD Canada Trust, CIBC, RBC, Scotiabank, and BMO.

Why are these banking apps so popular? The number one reason was their ease and convenience, allowing people to bank from anywhere, at anytime.

Do you use a mobile banking app on your iPhone? If so, which one?

Apple has shared a handy new tutorial on its YouTube support channel, detailing how iOS 16 lets you use a Memoji sticker as your profile picture in Contacts. You can easily create a Memoji in iOS to match your personality and mood, and then send it in Messages and FaceTime. With a compatible iPhone or iPad...
Usman Qureshi
1 min ago

In a series of tweets posted today, Twitter CEO Elon Musk has accused Apple of hating free speech in America as the company has seemingly stopped advertising on the platform. "Apple has mostly stopped advertising on Twitter. Do they hate free speech in America?,” Musk tweeted. He followed up with another tweet mentioning Apple CEO...
Usman Qureshi
12 mins ago

Uber Canada has renewed its commitment to Driving Change, a multi-year, multi-million dollar campaign where the ride-hailing giant partners with leading sexual assault and domestic violence partners around the world. In Canada, Uber is extending its ongoing partnerships with YWCA Canada, WomanACT, EVA BC, and Le Chaînon with $450,000 (CAD) over the next two years....
Usman Qureshi
38 mins ago